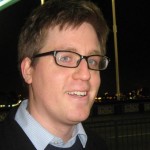 In the early years of VSSN all activities were undertaken on a voluntary basis by the members of the Steering Group (who are the organisation’s trustees), and a few other willing helpers. However, since 2007, VSSN has created the role of Executive Officer which is provided under contract. Since 2010 the Executive Officer role has been provided by Appleby Ltd (and previously by the Association of University Administrators). However, the current contract for this work is now almost complete, and the Steering Group is inviting tenders from individuals or organisations which can take over this role and develop VSSN further for the period from 1 August 2016.

The support provided by the Executive Officer is crucial to the smooth running and success of VSSN. If you know of any individual or organisation that you believe would be suitable to provide this service do encourage them to apply.

Download the invitation to tender [PDF, 360kB] View the ITT

Tenders should be submitted by 5pm on Thursday 30 June 2016, to our Vice Chair, Angela Ellis Paine, at a.ellispaine@bham.ac.uk

Welcome to the latest update of the VSSN website. It’s very much evolution rather than revolution. VSSN was slightly spread out across the web, with a main website and a separate membership directory, and separate content for new members.

We’ve brought all of these together in one place in the updated site. As a network, VSSN is its members, so we’ve put members at the heart of the site. Each member has their own profile, and is listed in the members directory. When you’re logged in you’ll get discounts on events and you can also search the directory for members with similar interests.

We’re also bringing the research that VSSN members do to the fore. All the papers from our day conferences and annual conference will be available on the site, and we’ll also be asking VSSN members to write blogs about the work they’re doing. The first blog post is from Rob Macmillan.

The new site is very much just a beginning. There’s lots of functionality that we haven’t yet activated – groups, discussions, the ability to list your own research papers. We’ll be working with members over the next few months to see what would be most useful for them.

We also need your help. The website has been created almost entirely voluntarily, and there are still some rough edges. So if you see something that’s broken or could be improved, do let us know, either by emailing web@vssn.org.uk, leaving a comment below, or filling in a bug report.

For the techy amongst you the website has been moved to WordPress, and we’ve also made use of BuddyPress and the Events Manager plugin. Hope you find the new site useful!

The next VSSN Day Seminar will take place in Central London on 27 November 2014, 10.30 am to 4pm. The topic is “Money, money, money! Getting and spending in the voluntary sector”. The call for papers is now open. If you would like to propose a paper for the day, please submit an abstract of around 250 words and a brief biography by email to meta@practicalwisdomr2z.co.uk no later than 15 August 2014.

Money, money, money! Getting and spending in the voluntary sector

This is a broad and challenging topic and includes any and all aspects of voluntary sector life touched by money – different sources, different uses, different impacts. For example, fundraising; philanthropy, major giving, legacies and all other giving by individuals, businesses and foundations; investments – social, ethical or traditional; venture philanthropy; sponsorships; trading and enterprise; statutory and quasi-government grants, contracts and new funds; partnership and EU funding; charitable spending and charitable finance; regulation and the role of new technology. We anticipate that speakers will approach the topic from different perspectives and use different methodologies – and that synergies will emerge. The convenors are: Meta Zimmeck, Practical Wisdom R2Z; Cathy Pharoah, Centre for Philanthropy and Charitable Giving, Cass Business School, City University; and David Kane, NCVO.

If you would like to propose a paper for the day, please submit an abstract of around 250 words and a brief biography by email to meta@practicalwisdomr2z.co.uk no later than 15 August 2014.

We welcome presentations from researchers, academics, doctoral students and practitioners in voluntary organisations (including infrastructure bodies and foundations) who are doing research in areas relevant to the voluntary sector or civil society in the UK. Your abstract should contain a question, problem or dilemma arising from practice, theory or earlier research findings. Papers are usually based on completed or on-going research (qualitative or quantitative) or a review of the evidence or literature in an area of interest to voluntary sector researchers.

Booking will open once the programme is finalised.

[This blog is by Rob Macmillan, a VSSN Steering Group member. It originally appeared on the VSSN discussion list]

What were you up to ten years ago?

On 24th June 2004, it was cold, windy and wet over much of the country, Britney Spears was at Number 1 in the charts, and, plus ca change, later that evening the England football team would exit another international football competition.

Fiona Mactaggart, meanwhile, then in the Home Office as the Minister for the Voluntary and Community Sector, was out and about visiting voluntary organisations in Gloucester. She was there to launch ChangeUp, the government’s ten year framework for capacity building and infrastructure.

ChangeUp was developed, along with the social investment programme Futurebuilders, out of the Treasury’s 2002 cross cutting review of the role of the voluntary sector in public service delivery. It was based on the idea that many frontline voluntary and community organisations could not achieve their potential because of difficulties in accessing support and expertise. The high-level aim of ChangeUp was that:

by 2014 the needs of frontline voluntary and community organisations will be met by support which is available nationwide, structured for maximum efficiency, offering excellent provision which is accessible to all while reflecting and promoting diversity, and is sustainably fundedChangeUp, p.7

ChangeUp was supposed to be a ‘catalytic’ programme, aiming to change the nature of services and support, rather than just keep existing services going. The term ‘ChangeUp’ itself derives from baseball. With delicious irony, a changeup is a type of mischievous pitch:

“In addition to the unexpectedly slow velocity, the changeup can also possess a significant amount of movement, which can bewilder the batter even further. The very best changeups utilize both deception and movement”http://en.wikipedia.org/wiki/Changeup

What followed from 2004 was the heady world of local and regional infrastructure consortia, infrastructure investment plans, national hubs focusing on specific areas, such as finance and performance, and then national support services. Around £230m had been spent on the strategy by 2011, when Capacitybuilders, the agency eventually charged with its delivery, was closed down.

Oh, those were the days. So, take a look around you. Ten years on, do we have the kind of infrastructure across the country that ChangeUp was aiming for? If your answer veers towards ‘no’ (as I suspect it might), why not? Here’s a list of provisional theories – what’s yours?

The legacy of programmes like ChangeUp is a really interesting question. In your neck of the woods, in what ways is the current pattern of infrastructure support a reflection of ChangeUp investment and activity? What endures now? What stories do we now tell about what it was like, and what difference it made?

Clearly it is a more challenging and unsettled environment now for both the voluntary sector and particularly for its support infrastructure. This raises some very difficult questions, in active consideration at the moment:

Please do share your experiences and reflections about ChangeUp (on the VSSN discussion list or directly to me at r.macmillan@bham.ac.uk)

We are now open for bookings. For the conference programme, pricing and details of how to book your place, see the NCVO website.

This is the primary UK conference for the voluntary sector and volunteering research community. Jointly hosted by VSSN, NCVO and IVR, it showcases new and emerging research and brings together academics, practitioners and policy-makers.

The latest issue of Voluntary Sector Review, volume 5 number 1, has been published. It includes five research articles, a practice and a policy paper as well as a review article and book reviews. The full table of contents is available here.

A print copy of VSR is a membership benefit of VSSN (information about joining can be found here).

VSR operate an Editorial Manager (EM) site. All those interested in Voluntary Sector research, policy and practice are encouraged to either register at, or log in to, the EM site and specify their areas of interest so that they can be invited to support the journal by reviewing articles relevant to their expertise. Articles for consideration by the journal are also submitted via the EM site.

The next VSSN Day Seminar is being held on Wednesday 4 June, 10.00am to 5.00pm, hosted by Sheffield University Management School and held in partnership with the Leisure Studies Association (LSA) and the Voluntary Action History Society (VAHS).

Bookings are now open, and are being managed by Sheffield University Management School. Bookings close on 23 May.

As a Spring promotion, The Policy Press has made access to Voluntary Sector Research completely free for the whole of April. No usernames or passwords are required, just follow this link and start reading.

Dissemination is part and parcel of ensuring that research does not collect dust on a shelf. One way of disseminating your research and of raising your organisation”s profile is to present to an interested academic audience. However, this can be very intimidating, particularly for those who are new to research or to presenting.

This free one-day workshop co-organised by GMCVO, Edge Hill University, ARVAC and VSSN will try to address this situation by offering new researchers from academia and the voluntary sector an opportunity to get in-depth advice and feedback on a project they are planning to present.

10am to 4.15pm. Lunch not provided – please bring your own or use local sandwich shops.

Over To You – details and bookings​

This is the primary UK conference for the voluntary sector and volunteering research community. Jointly hosted by VSSN, NCVO and IVR, it showcases new and emerging research and brings together academics, practitioners and policy-makers.

We are now asking for proposals for papers to be presented at the conference. This is an open invitation to all researchers working on or with the sector and on volunteering, whether you are based in a university, in a voluntary sector organisation, or government.

The deadline for submissions is 14 May 2014. The full Call for Papers and details of how to submit your proposal are on the NCVO web site, here